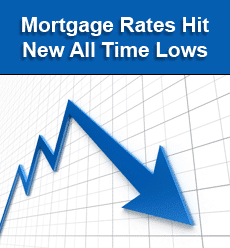 Last week saw mortgage rates improve considerably towards the end of last week, setting and then ending near all time lows, a story we’ve reported over and over again in the past weeks and months.

There was also significant concern because if Greece ditches the Euro, it could be the beginning of a series of events that could ultimately be the end of the European Union, otherwise known as the Eurozone.

Greeks elected to stay the course and not ditch the Euro to the collective sigh of most European and non-European nations alike. This is not the end of the road for Greece’s upward battle away from insolvency. There are many more potential stumbling blocks for Greece and the Eurozone as a whole.

This week is seeing mortgage rates open up close to all time lows that were set on Friday as they continue to experience significant downward pressure from Eurozone drama that is playing out on the world stage.

Expect volatility this week as the Eurozone drama(s) continue to unfold and domestic data is released, specifically any information coming from the FOMC meeting.

Aside from any Euro drama that occurs, market watchers are focused on the two day FOMC meeting that is occurring this week. This week will see the fourth scheduled meeting of the for the FOMC (Federal Open Market Committee), which meets to review economic data and set monetary policy in the United States.

QE3 or a third round of quantitative easing is the topic du jour among analysts as they try to determine what types of action or inaction the FOMC may take part in and how this may affect the markets moving forward.

Expect volatility before, during and after any FOMC announcements that are made.

Next Post Day of the FED: Mortgage Rate Outlook