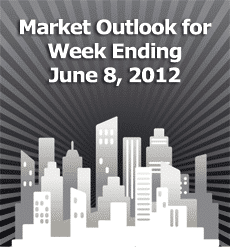 Not much data was released today, so most mortgage movement was calm for the most part.

According to Freddie Mac:

Mortgage Rates and the Week Ahead

Next week will see a fair amount of economic data being released that has the potential to move mortgage rates including the Producer Price Index, Retail Sales, the Consumer Price Index, Jobless Claims, Industrial Production and Consumer Sentiment.

As always, Europe will continue to be watched by Wall Street. Specifically actions by Spain which hint that they will be supporting a bank bailout of sorts and any other news regarding the health of the Eurozone.

Market watchers will also continue speculation about the likelihood of a third round of stimulus by the FOMC or QE3. While many were leaning against the likelihood of such action, recent employment data and other disappointing economic reports have increased the chances of such stimulus coming to fruition.